A good climbing film streaming for free, klepto-warfare, and in the “Stuff you need to know about Immigration” department…

Gas is currently $5 a gallon here in paradise and a lot of folks are complaining. A reader from France pointed out the other day that he was paying $7.80 so it’s not Biden’s fault and just the current price set by some greedheads to up their profits. The word Greedflation pops to mind.

That said, maybe it’s best to keep in mind that oil and its byproducts are a finite resource and volatile pricing is just going to be part of the mix as supplies become rarer.

Time to invest in a yuloh or some sort of pedal driven boat propulsion system?

Speaking of which, Michael Schacht (AKA that Proa File guy) caught a pic of an interesting entry in the R2AK. 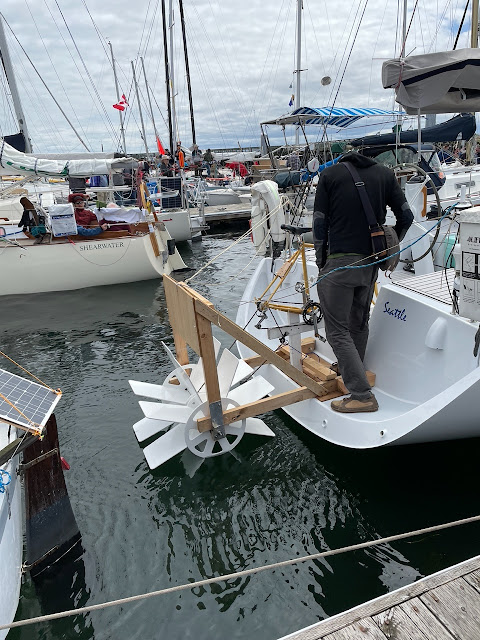