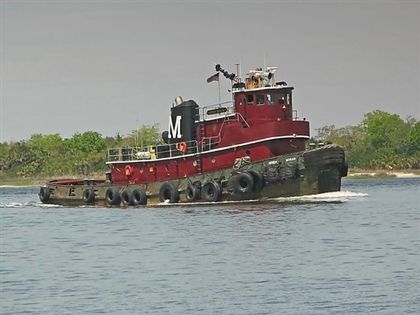 MAUREEN MORAN Built in 1965, by Gulfport Shipbuilding of Port Arthur, Texas (hull #623) as the Carmen Perez for the Energy Ammonia Transportation Corporation of Tampa. Florida a subsidiary of the Energy Transportation, Corporation of New York, New York. The tug was later acquired by the Moran Towing Company of New York, New York. Where she was renamed as the Maureen Moran. In 2012, the tug was placed out of service. Her current and or final disposition is unknown.